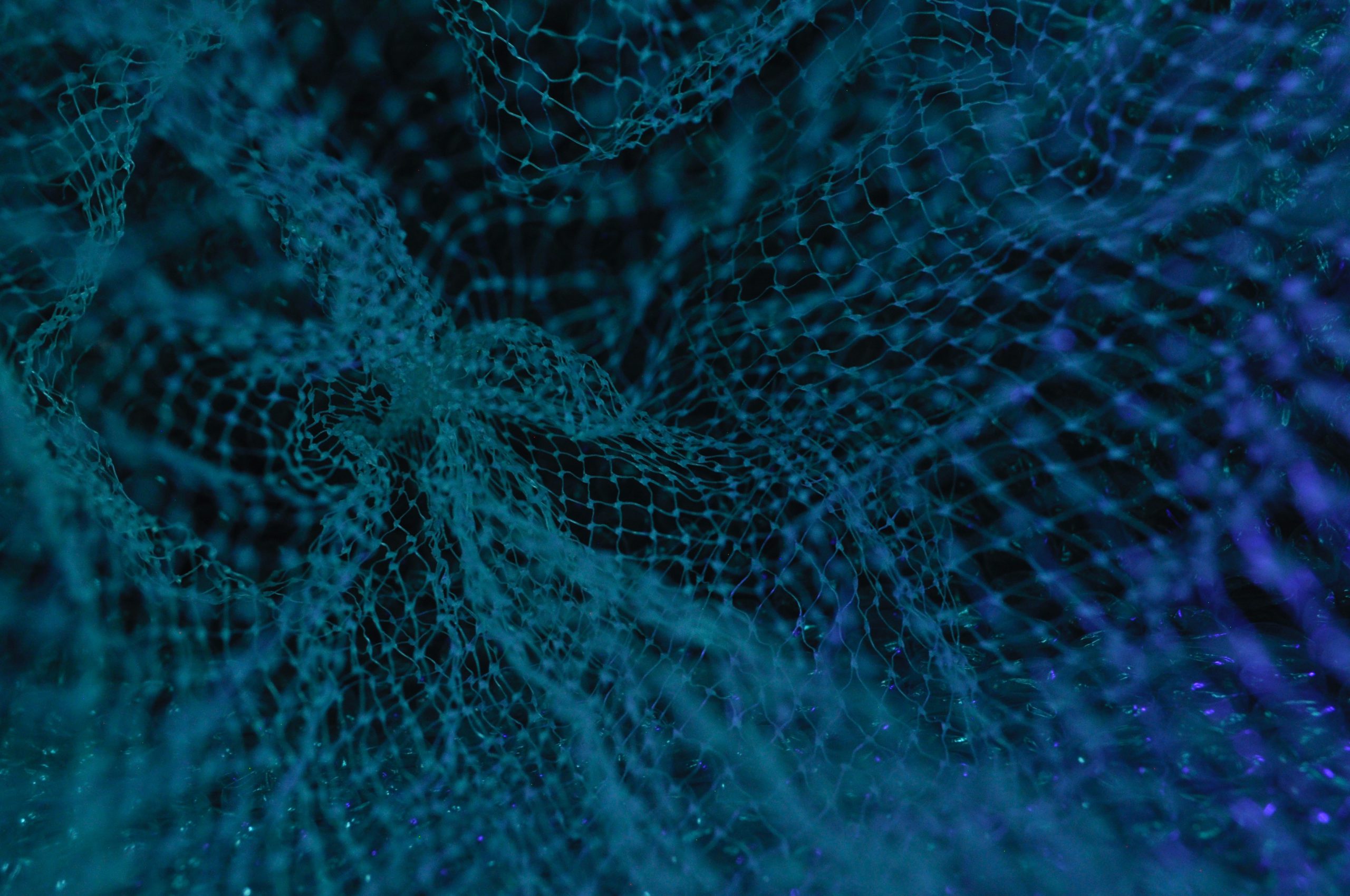 Among the food production systems, aquaculture is the most biologically diverse in terms of variety. Also, fish and shellfish are the most traded products worldwide, even more than coffee or wheat. On top of that, the fact that seafood is often consumed raw makes it highly associated with food poisoning.

Agriculture is associated exclusively with the production of plants and their derivates. When talking about animal production, it gets even more specific. Very few non-vertebrate land animals are produced as a source of human feed, being a significantly reduced number of species the predominant ones, all of them vertebrate and, except one, mammals: beef, pork, poultry, lamb, and goat.

In the case of aquaculture, all aquatic species, from algae to salmon, are included. Plants, animals, and bacteria are currently produced in aquaculture. Among the animals, the variety is immense. Vertebrate and invertebrate animals and their derivates from an enormous range of phyla are part of today’s aquaculture production.

Apart from the enormous number of options, the final products are often consumed processed, making it very difficult to differentiate between them (is this fillet from flounder or turbot? Is it farmed or is it wild?), which opens the door to food fraud, that is, selling you a food (usually of a lower value) as if it were some other (usually with greater market appreciation).

On top of knowing what they are eating, consumers nowadays want to know how and where their food was produced, if it is friendly with the environment, if the company has fair wages and how the staff is treated, if it has social and environmental programs, and how their consumption will impact the system and its sustainability.

The process of following a product from farm to fork, the information of where the product comes from and where it passed through before landing in your hands, is known as traceability.

Why does traceability matter in aquaculture?

Apart from dealing with food fraud, traceability has several other applications and implications that make aquaculture a more sustainable form of production.

From a human safety perspective, traceability allows following a disease outbreak (i.e., food poisoning) from the source and to their final destination, allowing the specific products to be withdrawn from the market without impacting the industry as a whole and affecting other producers while ensuring the safety of the products. Also, some traceability systems allow following the cold chain (that is, the temperature kept from harvest to plate), making the products safer for storage and keeping the consumer informed regarding the treatment of the products bought.

One key aspect that needs to be understood to appreciate the advantages of traceability to a farm is something called “consumer power”, which refers to the pressure that the consumer’s preference can have on the industries’ practices by giving priority to a product that complies with their preferences, even if said product is more expensive. Today, the main preference for consumers regarding seafood is traceability.

Traceability makes it possible to know the source of a product. This alone gives a lot of information. From reducing the possibility of forced labor to ensuring good production practices, it is useful to know where your shrimp was produced. For example, if one country has higher environmental and social protection laws than another, knowing that a product comes from the first country will probably make it more desirable for buyers, giving it a “reward” or a competitive advantage over the product that has lower responsibility on sustainable production. The same logic can be applied for certifications, such as Best Aquaculture Practices (BAP) or the Aquaculture Stewardship Council (ASC).

Different shrimp sources (i.e., farmed vs. wild-caught) would benefit from a traceability program even within the same country. A perfect example is the case of Mexican shrimp in 2021, where the US (its primary buyer) banned Mexican industrial fisheries shrimp due to the lack of compliance in the deployment of sea turtle safe nets. Since the ban was only applied to a specific fishery, small-scale shrimp fisheries and farmed shrimp commercialization were open to trading with the US. a good traceability program implementation would have made it possible to differentiate between products, reducing the impact on small-scale fisheries and aquaculture products.

Which are the “problems” and the existing solutions when implementing traceability?

Even though the principle and benefits from traceability programs seem pretty straightforward and logical, implementing a robust traceability system is not that simple.

A traceability system rests mainly on trust. The consumer trusts that the information provided by the producer is reliable and/or that there is a system that forces said producer, to tell the truth (i.e., an import restriction or a law). In the second scenario, the consumer also has to trust that the government is implementing correctly the measures needed to assure that the producer is telling the truth. Unfortunately, surveillance and compliance are highly costly and challenging to follow, so the state has to either trust the producer or perform some sort of random audit; even so, this method is open to corruption of functionaries and falsification of proof.

One existing method to promote traceability is through the use of molecular biotechnology, using DNA markers or molecular profiles of the products traded. If the markers are selected correctly, they can assure the species sold is correct and associate the lot to a region (in the case of fisheries) or even to a specific hatchery (in the case of aquaculture), and separating the methods of production at the same time (farmed vs. wild-caught). The main problem with this method is the cost of doing the laboratory tests on each batch and the peace at which these tests are carried away, which might be too slow to keep up with the industry’s trade rate.

Another existing solution is the use of information technologies. One of the most important research trends in the food sector is electronic traceability and condition monitoring with technologies such as Radio Frequency Identification (RFID), QR codes, and Wireless Sensor Networks. The case of QR codes is especially interesting due to the reduced costs associated as opposed to the RFIDs.

Apart from the hardware used, the core issue of traceability, which is trust, remains. To face this, the aquaculture industry looked into an innovative solution developed to attack that same issue in the finance world. The answer was found in the development of Bitcoin, and it refers to the backbone of all cryptocurrencies, Blockchain.

As its name describes, Blockchain is nothing but a chain of transactions characterized by a series of data blocks. For this, a data block is developed (for example, a shrimp lot) and then its movement throughout the production chain is logged and saved in a server. This is fairly simple and not innovative at all. The innovation of Blockchain is the architecture by which this system provides confidence, and it is mainly done by two means:

1. Security: All blocks are encrypted, meaning no one can change what is written in a block. Once logged, data cannot be modified, and the register will persist no matter what.

2. Community: Several users (also known as nodes) who are in charge of verifying the transactions need to validate them, and thus the block corresponding to that transaction is registered.

In the case of food traceability, there is a third point that is crucial for this to work.

3. Transparency: All blockchain network users need to be able to see all transactions made along the chain. This way, the consumer can make an informed decision on what they’re buying.

In the case of the food industry, the “nodes” are somewhat a sensible component of the chain. Validating the transactions and composing the chain, in the case of bitcoin, is done by a process known as mining. Since validating the transactions requires a lot of computing power, energy, and time, the miners are rewarded with, in this example, bitcoins. In the case of food, one cannot reward the miners with the product itself, so there is a centralized third party, which needs to be a trusted intermediary that takes the role of validating the blocks, always in a transparent way, and that charges for the validating or mining service. Currently, the leading provider for food products of this service is IBM through the IBM Food Trust network.

As described in this text, the traceability of food products, especially in the case of fish and shellfish, is a crucial component of sustainable aquaculture. Society is more aware than ever that action needs to be taken urgently if climate change is to be mitigated to some degree. Furthermore, it becomes clear that production needs to change to better practices if it intends to, at least, keep producing feed for humanity at the same rate indefinitely. When combined, the technologies that have been described along this series can produce higher amounts of product at lower costs and with a smaller ecological footprint. Implementation is sometimes difficult and costly, but it is the only way of maintaining aquaculture in the long run. On that note, governments have an opportunity to subsidize aquaculture logically and sustainably through the availability of cheap credits and insurance that reduce the risks of farmers, which is already high, incentivizing them to take action, making way for better and cleaner aquaculture industry.