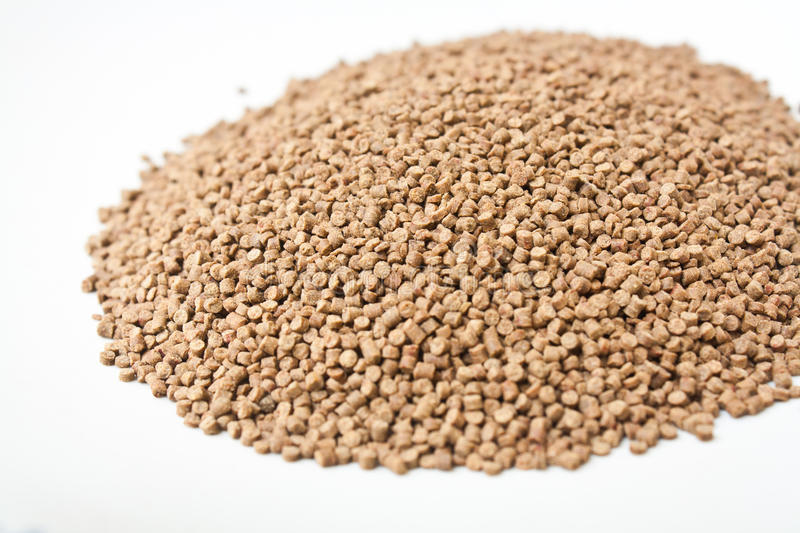 Aquaculture is set to be the primary source of animal protein for humanity over the following decades. The current status of fisheries (with many of them overexploited or exploited at their maximum sustainable yield)  coupled with continued population growth and the characteristics of land animals make it impossible to increase production in a significant way. Aquaculture’s highly nutritious products and capacity to produce almost anywhere, its economic perspective, and new technological advances have made it the hope for humanity’s protein demand.

Despite these numbers, many challenges need to be addressed to feed the global population sustainably. Especially in the case of fed aquaculture, and even more so in the case of carnivorous species, such as shrimp.

The core problem of feeding shrimp in aquaculture consists of their own protein demand. During the beginning of shrimp farming, the extruded feed produced had a high component of fishmeal and fish oil due to the nutritious characteristics of these components. These ingredients were cheap, abundant, and had the perfect balance for shrimp to grow. But the same could be said for other aquaculture species. The industry growth described above came hand in hand with an increased demand for these ingredients. Their source is the key to understanding why keeping those aquaculture practices was unsustainable and the enormous research efforts made across the globe in aquaculture nutrition and aquafeeds.

Unsustainable aquafeed: the use of fishmeal and fish oil

Fishmeal and fish oil are nothing but milled fish and fish byproducts, treated and separated for their ingredients. The fish used for this process comes from an industry known as reduction fisheries, which catch small pelagic fishes and crustaceans with very low market values and are not usual in human consumption diets and baskets, such as the Peruvian anchovy, the Antarctic krill, or the hearring. As we can deduct then, aquaculture’s growth is highly tied with these fisheries, which are already fishing at their highest sustainable yield, which means that, if more fish are caught in one year, the availability for future catches will diminish, eventually collapsing the natural stock.

Apart from the economic aspects of the aquafeed industry, there is a deeper social issue hidden in the use of fishmeal and oil concerning global food security, and that is the concept of fish-in and fish-out. The reasoning behind this is very simple: if aquaculture is meant to feed the world’s population with high-quality animal protein, then why are we using high-quality animal protein to produce it? And even worst, during the 90s and 00s, the feed rates (or fish-in fish-out ratios) were as high as 2.8 for shrimp. That means that 2.8kg of fish needed to be used to produce 1kg of shrimp which, obviously, reduced global food security.

Apart from the economic and social aspects of ingredient sourcing, other elements have been gaining importance in selecting the components of aquafeed, like environmental footprint and import dependency.

Thus, most research regarding aquaculture nutrition, especially shrimp, can be divided into two main categories: one concerning aquafeed manufacturers, which is the components of feed or their ingredients, and the other one shrimp farmers directly, that is the on-farm feed management.

Aquafeed is the single most expensive part of shrimp aquaculture production, representing between 50 and 60% of average production costs. Therefore, feed producers need to look for substitutes that perform at least as well as the current ones.

Unfortunately, it is not as simple as looking for something with a similar protein profile. There are other factors involved than only macronutrients; there are also micronutrient needs, attractants and repellants, antinutritional factors, palatability, stability in the water collum, and nutrition stability (that means that the profile remains the same after heat and pressure used to produce pellets).

On top of that, the ingredients need to be cheaper than fishmeal, have a lower environmental impact, be highly available, and have little to no effect on global food security.

In summary, substitutes need to account for several factors:

Ingredient substitutes for fishmeal come either from plants or from other animal byproducts. In the case of plants, one of the primary sources has been soybean protein, with satisfactory results in terms of biological and economic performance, but with some issues regarding antinutritional factors and food security, as soy protein is one of the most resourced sources of protein for low-income countries and its use in aquaculture might increase the price and availability. Furthermore, soy plantations can have some environmental issues, such as deforestation to increase plantation areas or the use of environmentally unfriendly chemicals.

Animal byproducts have also been researched for fishmeal and oil substitutes. Some of the byproducts used are poultry discards (mainly feather meal and oil). The good part of these ingredients is that they have no value for human nutrition and can be revalorized and reintegrated into the economy, following circular-economy principles, making the industry a little more sustainable. On the downside, these products need a lot of processing, their source might not be constant, and they have not presented significantly better results in terms of growth and cost.

One of the most promising substitute ingredients is the use of microorganisms such as microalgae, cyanobacteria, yeast, and bacteria. These cells are easy to treat, resist management, cheap to grow, and highly available. Furthermore, they do not present a shock in human global food security and can even improve shrimp’s health. Right now, the growth of microorganisms in the ponds coupled with industrial feed has improved feed conversion ratios, reducing the use of fishmeal by the shrimp aquaculture industry as a whole.

Apart from the substitute ingredients, some products, such as b-glucans, chitin, nucleic acids, mannan oligosaccharides, b-carotene, B-complex, torulene, and torularhodin, have been used in shrimp diets, showing positive effects on shrimp growth. Others, like amylases, chitinases, phytases, and proteases, are used to enhance gut maturity and digestive enzyme activity in shrimp larvae.

One of the most concerning issues regarding aquaculture’s environmental impacts is the excessive concentration of nutrients (mainly Nitrogen and Phosphorous) in the water discharges. This is especially important in shrimp aquaculture, where most of the production is done in open pond systems, with pollutants concentrated in the discharge water.

Excessive nutrients in water have a significant impact on local resources. The availability of Nitrogen and Phosphorous coupled with high water temperatures and light are a perfect mix for algal blooms. These blooms can come in different forms, with areas of hypoxia, loss of natural stocks, and even toxic components that may be harmful to humans. This has severe adverse effects on other aquaculture facilities, fisheries, and other industries tied to the sea, like tourism.

The primary source of nutrients present in the discharge water is excess feed, especially in the case of carnivorous species, which need high concentrations of protein. Non-consumed feed is harmful to the environment as it is for the survival of the farm.

Poorly managed feed strategies can severely affect the profitability of a farm. Furthermore, it is a vector for the proliferation of pathogenic bacteria and even for introducing the responsible of other diseases.

In the case of shrimp, feed strategies can be optimized through the use of digital technologies and data analysis techniques. Data gathering coupled with computing and software services can improve and optimize feed use, reducing production costs and minimizing negative environmental impacts. The introduction of smart feeders and management platforms are critical for the aquaculture of the future, since the farms that optimize their operations will be the ones able to produce at lower costs, obtain certifications for exports, and compete for better prices, eventually making unprofitable the farms that didn’t adapt.