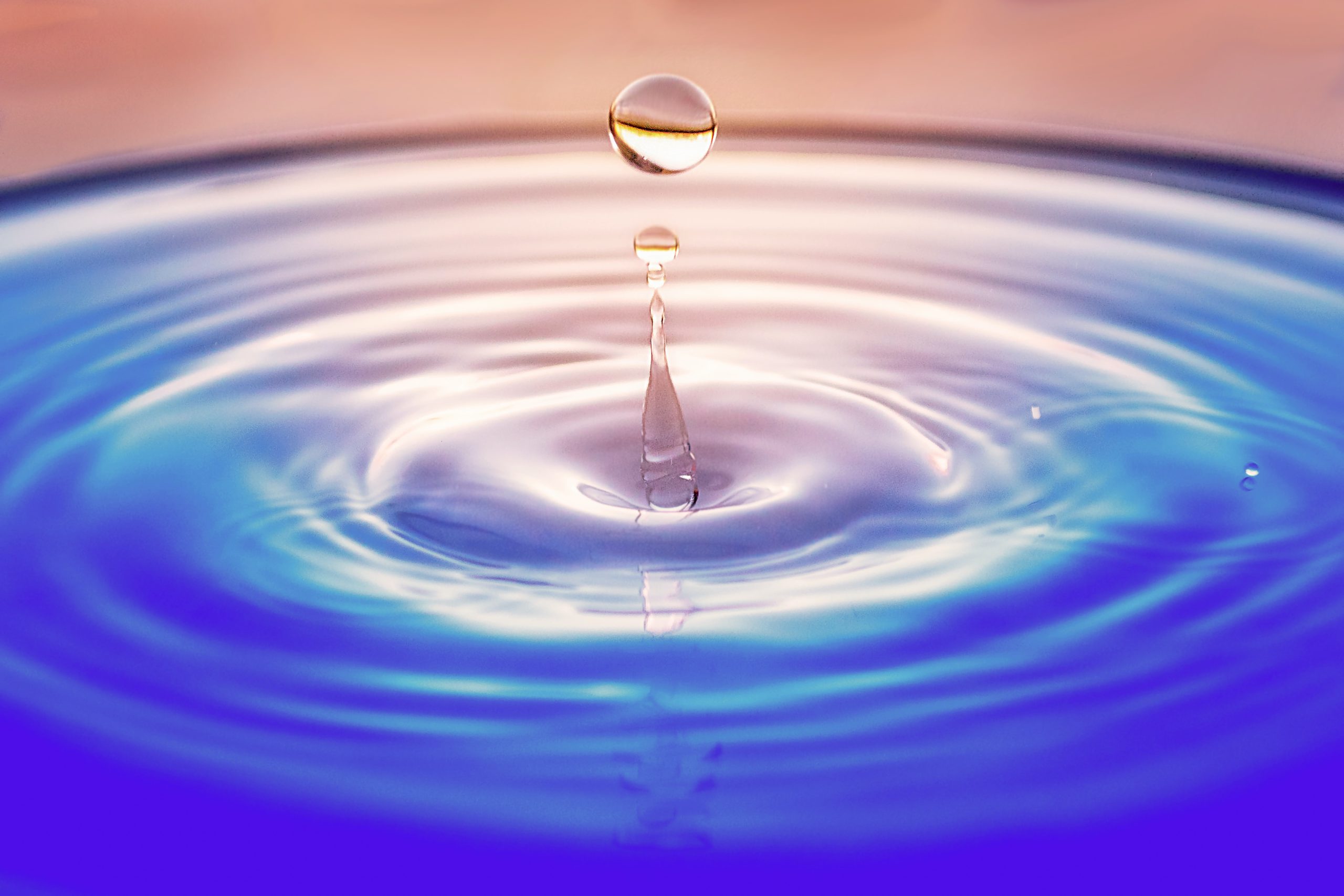 Shrimp farming, as well as all aquaculture in general, is a highly intricate activity. Even when the complexities of the market, the commercialization chain, and all that surrounds the actual activity of farming are taken away, the mere act of producing aquatic animals is highly demanding.

As opposed to agriculture and other land feed production activities, aquaculture depends highly on the water surrounding it and the infrastructure’s characteristics selected to produce. Furthermore, the organisms in the water are harder to handle and treat than their land counterparts. Moreover, in the case of shrimp, the lack of specialized immune response makes it impossible to develop vaccines against the most significant diseases, increasing the risk of production and making the conditions of production even more important.

During the following series, we will be discussing the basics for making a shrimp farm successful. From the water quality and health monitoring to the feeding and management techniques, we will unravel the mysteries behind each of the most significant farming components and give some pointers on how they can be managed.

We will first talk about one of the most relevant parts of aquaculture in general, water quality.

We often hear that water quality and its management are crucial to achieving good production, reducing mortality, and increasing overall health and growth. That statement is correct, but what is water quality? What are its components? Why does it affect shrimp so much? Over this article, we will decompose and present the most significant water quality parameters, the relationships that exist between them, and the optimal values that a shrimp farmer should aim for. So let’s get to it.

The reason why water quality impacts so much on aquaculture performance is the relation that exists between the organisms and their surrounding environment. Feeding, excreting, the immune response, micronutrients, and salts availability are all in contact and react with the water in which shrimp live. Aquaculture increases the natural densities of the organisms, which creates an imbalance in the components and reactions of water that need to be monitored and managed by the farmer to achieve a good harvest.

Several water parameters can be observed and measured; that doesn’t mean that all of them need to be controlled by the farmer. In fact, trying to control each and every single component of the water would be incredibly costly and time-consuming, not to mention that there are still some reactions and relationships we cannot fully understand. Therefore, we will only discuss the top six parameters that we consider are key to achieving a successful production.

As opposed to land animals, most fish and shellfish, including shrimp, are not able to regulate their body temperature, and it’s always equal to the water’s temperature. This will affect the biochemical regulations of their system and their ability to survive.

The relationship between the organisms and temperature is not binary or linear; in other words, a change of 1°C from the optimal temperature does not mean that the organism will die. Instead of that, farmers (and scientists) work with temperature ranges. There are three important terms regarding the observation of water quality parameter range: the lower and upper critical points and the optimal point.

The critical points or ranges indicate the minimum and maximum levels of a parameter that the species can tolerate before dying. The optimal point is the range at which the organism is more comfortable and, therefore, performs better in terms of growth and survival.

Not all curves are equal to the one presented above; sometimes, they have steeper increases and smoother reductions or the other way around; it depends on the parameter studied and the species.

As a general rule, as temperature increases, so does the growth, but also the risk of diseases and mortalities, so maintaining the temperature along the optimal ranges is one critical aspect in shrimp farming. As mentioned earlier, different species have different ranges. For white shrimp (the most produced species of shrimp worldwide, by far), the best growth has been observed at 32°C, but with higher mortality than at lower temperatures, the optimal range of temperature fluctuates between 26 and 30 °C, achieving the best ratio of growth-survival.

Second on the list is dissolved oxygen (or DO), which has enormous significance in biological performance, making its control one of the most important sources of energy consumption and costs. First of all, it’s important not to confuse the Oxygen component of water (H2O), which is not available for shrimp to breathe, with DO, which is the O2 gas available in the water. The availability of DO depends on Physico-chemical aspects such as the atmospheric pressure, the water temperature and salinity, and biological aspects, like production density, bacterial and algae load.

Pressure is not usually an issue for shrimp producers since the system is static and stays in the same place, thus maintaining atmospheric pressure constant. Unless there is a highly unusual pressure change, this should not concern farmers, but it is important to know that higher pressures result in higher DO levels.

The temperature is highly variable in a shrimp pond production system as opposed to pressure, and its relationship with DO is inverse, which means that as the temperature increases, the DO decreases, reducing its availability for shrimp. Severe temperature changes have a significant impact on DO.

It’s important to remember that DO is not only consumed by shrimp but also by bacteria (like the bioremediants and probiotics) and microalgae (during the dark phase of photosynthesis), which explains why DO levels are sharply reduced during the night.

Dissolved oxygen can vary significantly in a short period, which is why it needs to be constantly monitored. Optimum levels should equal 100% saturation levels, which depend on temperature and pressure, but are usually between 7-8 mg/L (meaning 7-8 milligrams of DO per liter of water, also displayed as ppm or parts per million). Nonetheless, obtaining these levels with high densities is almost impossible, and maintaining aeration to achieve it could be too costly. Production is fine with DO levels of 4-5 ppm. The lower critical point is conventionally 2 ppm; if this concentration is sustained by long periods, mortalities will happen.

On many occasions, aquaculture producers ignore the effect that pH has on production since it is not directly observable as a sudden change in temperature or the availability of dissolved oxygen. However, a sudden change in pH can result in reduced feeding rates, depression of the immune system –therefore, worse performance of cultured organisms– and in extreme cases, death; Small changes in water acidity or alkalinity can also have significant effects on most organisms.

On the one hand, although the relationship between pH and oxygen solubility in water is not direct, it does affect the ability of animals to absorb and use this oxygen and, depending on water conditions, it can reduce its availability. An increase in pH can translate into greater availability of ionized hydrogen molecules, while a decrease translates into an increase in the availability of hydroxyl molecules (OH-). These ions can react in different ways with various compounds -such as ammonium and calcium carbonate- and have significant impacts on crop performance.

The optimum pH of shrimp is around 8, which is slightly more basic than acidic, which is necessary since the hemolymph pH ranges between 7.5 and 8.5.

The greatest contribution of nitrogenous compounds in aquaculture comes from the proteins found in the food of cultured organisms (either not consumed or as waste).

A nitrogenous compound is especially relevant in aquaculture production: ammonium (NH4+), particularly the non-ionized variant, also called ammonia (NH3). In most animals, non-ionized ammonia is a highly toxic compound. In the case of marine organisms, ammonia comes from ammonium, a compound generated after the catabolic process of proteins used for muscle development and energy production and directly excreted in the medium through the gills. Furthermore, the decomposition of organic matter through specific bacterial metabolic mechanisms results in the expulsion of ammonia into the water column. Ionized ammonia can be considered practically harmless, but its chemical characteristics make it easy to react with water, giving rise to ammonia.

As mentioned previously, the balance of this equation in water depends on the pH: A low pH means a higher concentration of ionized hydrogen, which favors the reaction with non-ionized ammonium, giving rise to the less toxic form of ionized ammonium. As the pH increases, the equilibrium of the reaction shifts to the left, resulting in a higher ammonia concentration. At a temperature of 20°C, equilibrium is at a pH value slightly higher than 9.

The balance of this reaction is also associated with ionic strength and temperature. It has a relationship directly proportional to ammonia concentration in water, this means that as the temperature decreases, the equation shifts to the left, giving lower concentrations of ionized ammonium. Thus, the non-toxic form of ammonium may appear in higher concentrations in tropical species, such as shrimp, due to their metabolic requirements, which function optimally at higher temperatures.

As a method for eliminating this compound, different approaches can be used depending on the production system and the species produced. In the case of species that support turbid waters with high concentrations of suspended particles, such as shrimp, bacterial mixtures or bioremediants can be used (in some media known as probiotics or biofloc). These probiotics metabolize ammonia to biomass and atmospheric nitrogen. In the case of clear water production systems, it is possible to opt for high exchange rates or through the use of biofilters, which follow the same principle as the use of bioremediants, but in a separate process from the organisms produced – this system is particularly useful in RAS.

Other aspects of production are also important for water quality, such as salinity, organic matter (mainly algae and bacteria), other dissolved gasses (like CO2), or even other suspended particles; but we covered the most significant components of water quality and the ones that need to be monitored closely.

As we have tried to prove, all water quality parameters are highly interlinked, which means that neglecting one of them (say pH) could have severe effects on the rest. Understanding the relations between these water components and the biology of the organisms produced is the key to achieving good production. This knowledge helps to understand your farm’s situation and how to remediate and prepare for unexpected changes. For example, when there is heavy rain, one could expect a reduction in pH, which can increase ammonia and reduce the availability of shrimp to assimilate DO. On an open system, one could opt for water exchange or increased aeration and application of a base. If we are in an open RAS, we could include a buffering site, introducing a base compound to the recirculated water, increasing its pH, and reducing the damage made by the heavy rain.