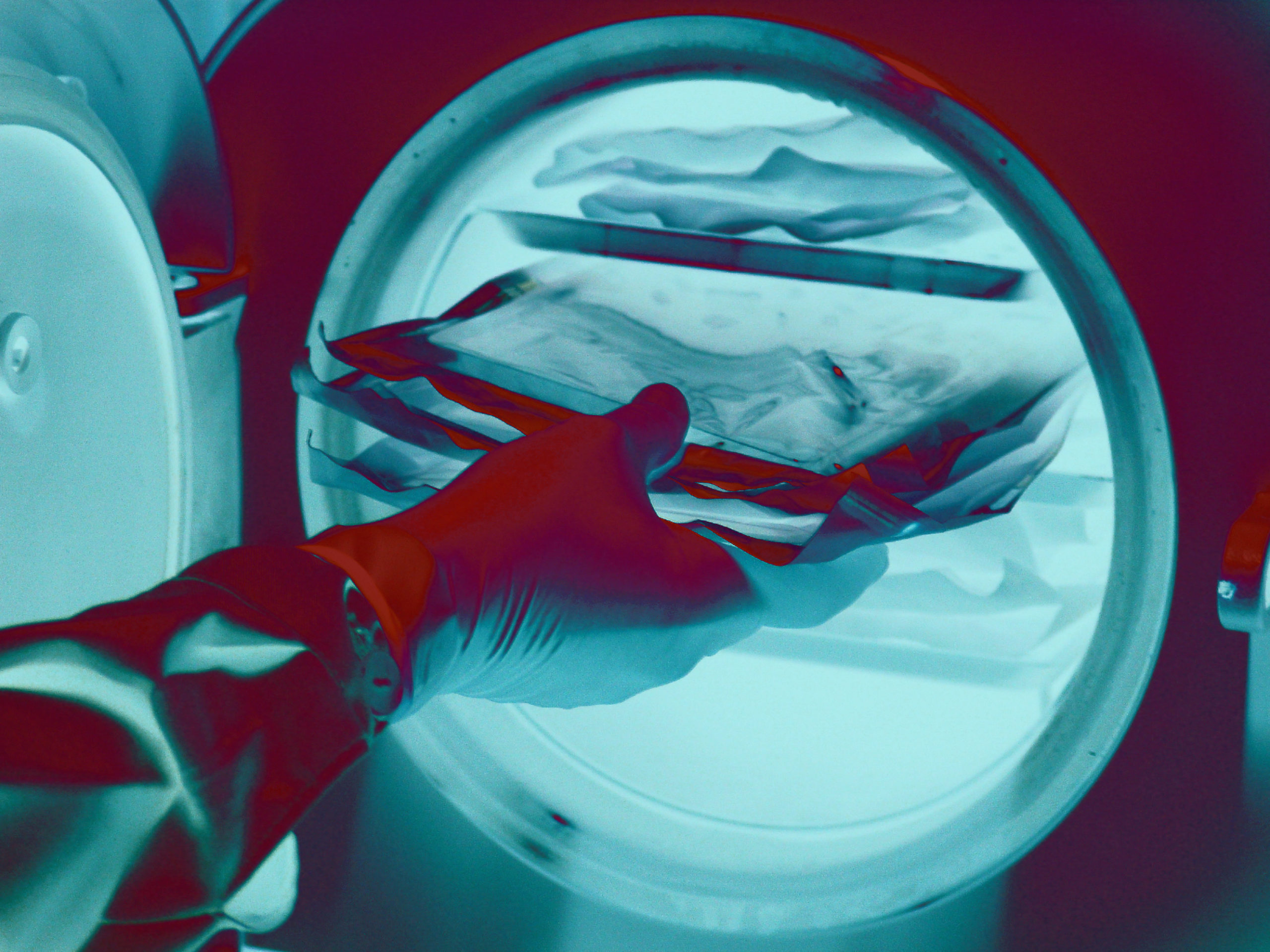 The performance of aquaculture, in general, is highly tied to the production methods used. The water use and treatments vary highly depending on the infrastructure design. Furthermore, management can significantly change the performance of the farm, even with the same infrastructure. Different biotechnologies have been developed to reduce the use of antibiotics, maximize the FCR, minimize energy and water consumption, and improve wastewater outputs. In this article of the series, we will discuss the main developments in infrastructure and biotechnologies aimed at shrimp aquaculture.

To discuss the relevance of each technology, we will focus on their impact on water and energy, wastewater treatment and quality, productivity increase in terms of biomass per unit of area, and management benefits.

One of the main issues in conventional open-system aquaculture is its high proportion of water used and the high level of nutrients and pollutants present in wastewater output. This represents several issues, from environmental damage to future impacts to the industry, for example, through the dissemination of diseases and the presence of algal blooms, which could damage oxygen levels for the water input in some other farms and, in the end, reduce productivity and even produce immense impacts to the industry’s survival.

Furthermore, open systems (or traditional pond systems, presented in the image above) reduce water management capacity since their quality depends on the source water. This lessens the production capacity with high densities due to the lack of control, reducing the productivity of shrimp per m2. To tackle these issues, the major technological advance in aquaculture has been the Recirculating Aquaculture System approach or RAS.

The idea behind the RAS technology is quite simple and intuitive. Instead of introducing clean water and discharging low-quality water every time the system needs to improve water quality, the infrastructure is designed to treat and reintroduce the water used. In other words, the idea is to go from an open system to a closed one (as presented in the image below). This change allows the farmer to improve water quality and control in the ponds (or tanks), allowing higher densities and better productivity per m2 of land and per m3 of water

Although the idea is simple, its deployment is more complicated than traditional pond aquaculture. The inclusion of equipment to disinfect, reduce ammonia, eliminate undesired dissolved gasses, increase the availability of dissolved oxygen, and eliminate organic and inorganic suspended particles is necessary to recirculate the water and use it effectively. Before venturing into RAS aquaculture, the knowledge to control and manage water quality and the related equipment needs to be considered.

Despite the benefits of the RAS systems, some drawbacks need to be addressed. The first one is an environmental issue, and it is associated with the energy consumption required to produce a kg of shrimp (3 kWh/kg in conventional system vs. 4.3 kWh/kg in RAS). Recirculating water needs the use of water pumps. Also, water quality improvement involves using several extra pieces of equipment, some of which require additional energy to function. The problem with energy is mainly associated with its source. If the energy used to recirculate comes from fossil fuel combustion, this means an increase in greenhouse gas emissions. On the other hand, if the energy comes from clean sources, the issue is much less significant in terms of sustainable production.

The second problem associated with RAS technologies is the investment needed and the higher total costs of production. A recirculating system has higher infrastructure, equipment, and energy requirements and more specialized labor required; furthermore, RAS production requires more capital to operate and higher initial investment. Despite this, the automation of farms and the higher productivity result in higher yields, which reduce average unit production costs, making this kind of system more profitable than traditional ones.

Over the last decades, much attention has been drawn to recirculating systems, making new and better approaches to improve energy use and water quality management, making it possible to produce very high yields in minimal land space. This is particularly interesting for countries where space is an issue or for farmers looking to produce nearer to the targeted markets disregarding the climatic challenges, such as temperature or water availability.

There are several technologies aimed at these management strategies, being aquafeed research one of the main topics. Since this group of technologies will have its own separate review, we will focus now on groundbreaking biotechnologies designed to improve productivity.

Apart from improving shrimps’ growth and survival, this group of technologies also looks into doing so cost-effectively and aims to reduce the negative environmental impacts associated with older technologies, like antibiotic therapy and intensive aeration and water exchange. Although these biotechnologies look into covering the most number of aspects of production, we’ve decided to divide this group into three categories depending on their main objective: pond management, biological performance improvement, and disease control.

Biofloc technology basically consists of promoting the growth of bacteria, fungi, and other microorganisms that have a positive impact on water quality and shrimp growth. The main aspects tackled by this technology are:

On top of the benefits described above, biofloc technology promotes the creation of organic matter aggregates (known as bioflocs, hence the name of the technology), composed of bacteria, aquafeed, fungi, algae, and other microorganisms. During production, shrimp eat these flocs, improving the FCR and significantly reducing feed administration and production costs.

Aquamimicry is similar to biofloc in several aspects, but its application and management are somewhat different. The idea behind aquamimicry is to mimic the natural environment where shrimp grow, enhancing the elements that improve biological performance and inhibiting the ones that could compromise the pond’s productivity. As a result, the “matured water” includes the beneficial bacteria present in biofloc technology and other organisms such as polychaetes or copepods. Furthermore, the pond is supposed to have a “matured water” system. It can function as a natural buffer for high variation in water quality parameters, reducing risks and improving growth due to a reduction in physiological stress.

On top of the above-mentioned, all benefits conquered by biofloc technology are present in aquamimicry. Still, it has a significant drawback: the maturation of the pond’s water is difficult to obtain and manage, and it could increase the time needed to have ponds ready for production.

New technologies in pond management are continuously evolving. One of the most interesting ones is the hybrid between biofloc technology and RAS. The objective is to increase water management and control, permitting higher intensities and biosecurity, reducing operation costs and biosecurity.

Apart from the pond water management systems, there are several technologies developed to improve the individual biological performance, looking mostly for higher survivals and improved FCR, and are administrated through the feed. The main technologies in this group are probiotics, prebiotics, and antioxidants.

Probiotics technology promotes the growth of beneficial bacteria present in the shrimp’s gut. By adding these bacteria in the feed or directly in water, probiotics are expected to colonize the intestine, reducing the possibility of getting a bacterial infection and improving digestion of feed by the release of pre-digestive enzymes. Probiotics are often used in biofloc technology, and in some cases, the term probiotic and biofloc are used as synonyms in an industrial environment.

Prebiotics are undigestible particles that promote the growth of certain bacterial strains in the shrimp’s gut. The main difference between these two is that probiotics consist in the addition of the live bacteria to the feed or water, while prebiotics consists of nutrients and particles that promote the growth of beneficial bacteria already present in the gut; hence, prebiotics do not use any living organism while applied, making them easier to manage and stock. Most of the time, prebiotics and probiotics are combined (this technology takes the name of synbiotics). This way, the producer assures the presence of the bacteria he desires and promotes their growth by using prebiotics.

Another way to improve shrimp’s biological performance is by boosting their immune system. Since arthropods (like shrimp) don’t have an acquired immune system, there is no possibility of developing vaccines as we know them for vertebrate species. Nonetheless, there is a possibility of boosting their innate immune response, preparing them better for possible diseases. Researchers have focused on using antioxidants (such as β-glucan) to do this, having mixed results. For this technology, the dosage is extremely relevant; a too-low dose will have no significant effect, just increasing production costs, while a too-high dose can overstimulate the immune response, causing damage to the muscular tissues and reducing the pond’s productivity. Since this is very hard to manage and apply in an industrial context, their application is still under research, looking for an optimal way of using them.

Other compounds, like phytobiotics (similar to probiotics but from a vegetal source), bile acids, vitamins, and micronutrients, are also studied to improve shrimp’s biological performance.

Most of the previously mentioned technologies aim to increase shrimp’s strength to pathogens and reduce the probability of their proliferation but are not developed to be used once a disease outbreak occurs. When this happens, the go-to solution is still the use of antibiotics, but this practice leads to increasingly resistant bacteria, which could result in dangerous pandemics for the industry and even threaten human health. One of the most interesting developments in disease treatment is phage therapy.

Phage therapy consists, broadly, of the development of specific high-proliferation bacteriophages through genetic engineering. Phages are created in a way that recognizes and act specifically on pathogenic bacteria, infecting them and using them to proliferate and disperse through the pond until the disease is controlled. The main advantage of this technology is its innocuousness and specificity. Its main drawback is the fact that, just like antibiotics, it only functions in bacterial pathogens, which makes the farm still vulnerable to viral diseases, such as the white spot syndrome or the Taura syndrome.