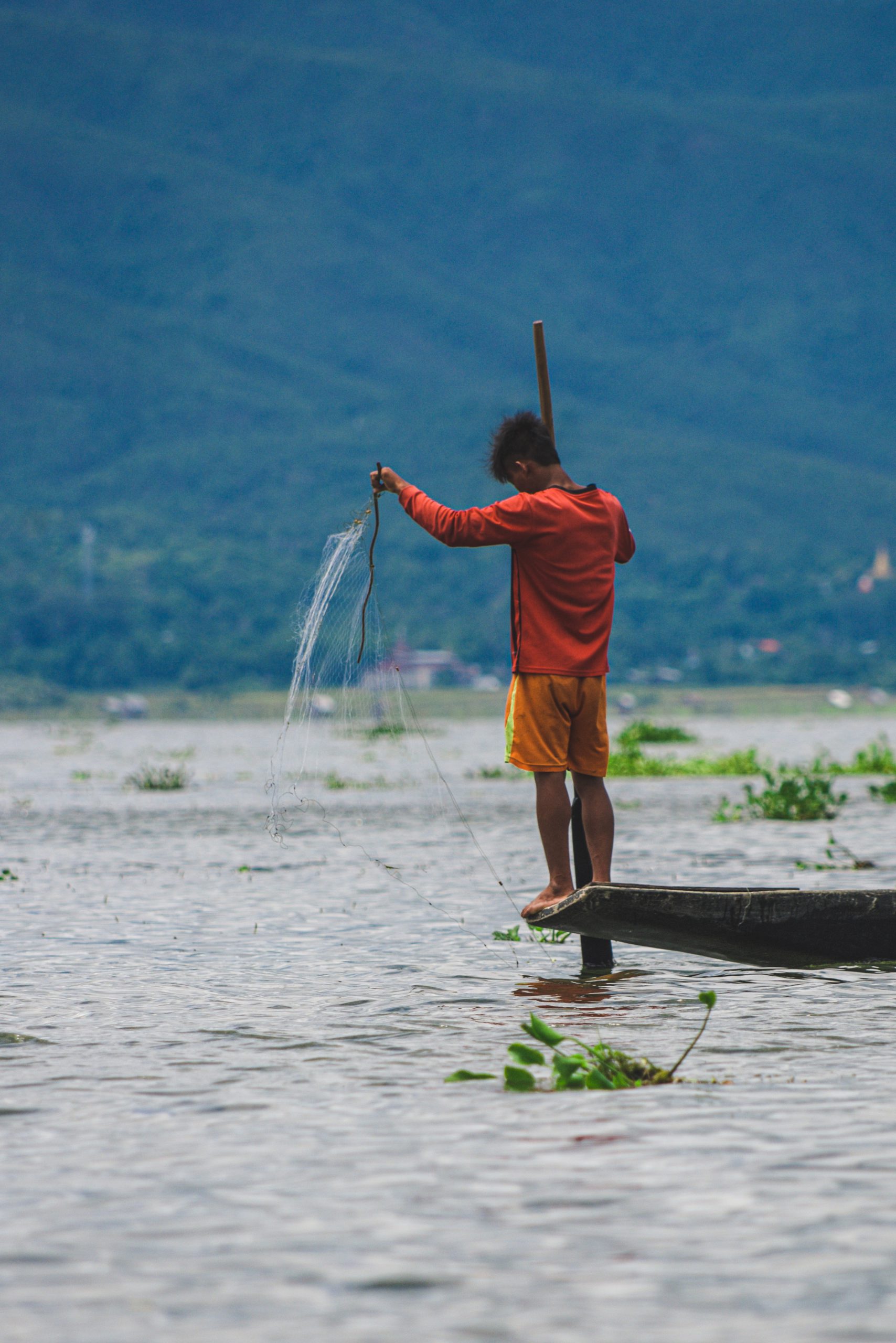 Aquaculture in general has been portrayed lately as a non-sustainable practice in some mainstream media, even though 50% of the world’s fish destined for human consumption comes from aquaculture. Sometimes, the negative image that a person has on the aquaculture industry comes from simple ignorance or biased information (a lot of people don’t even know what aquaculture is).

Whether an immense production in the sea with the aim of amassing wealth or a small enterprise in a rural area destined to produce food for the farmer and his family, aquaculture production may have characteristics that makes it sustainable or not, depending on several factors that I will discuss later on this text.

The first thing we need to do is to define sustainability. This task might seem trivial but is also the main reason why it’s a difficult subject to manage. The lack of a good and agreeable definition of sustainability makes the term difficult to measure, which in turn makes difficult to compare and produce policies and agreements that might be able get the industry closer to a sustainable path.

The bases of the problem are clear: If we want to survive in the long run, current human production methods and consumption levels cannot be sustained ad infinitum, mainly due to the planet’s limited resources. This has several implications, including a crucial one for the sustainability sciences, which is the intergenerational sense of justice (to leave future generations at least the same resources and opportunities that we have today).

The search for sustainability has several implications and ramifications in each of the components of society, and let’s keep in mind that they are, almost always, interlinked. To tackle this immense human endeavour is, right now, the main challenge of our species, but let’s focus on the topic that brought us here: aquaculture.

Aquaculture impacts or is impacted significantly by all spheres of sustainability (namely, economics, the environment, and society). On the economic sphere aquaculture had an estimated global first-sale value of more than 250 billion dollars in 2018. In the international markets, fish and aquatic products are the most exported goods worldwide in terms of value. In the case of shrimp, Litopenaeus vannamei alone is produced in 36 countries and accounted for a total value of 26.7 billion USD in 2017, according to the FAO.

These impressive numbers come hand by hand with the impacts of the industry in the environmental sphere. Poorly managed aquaculture (particularly shrimp) can have severe and irreversible environmental impacts. For example, the elimination of ecologically important areas, like mangroves, GHG emissions derived from the extreme consumption of fossil fuel generated energy, soil eutrophication leading to the abandonment of cultivation areas, or hyper-nutrition of coastal and continental areas, which can lead to algal blooms and red tides, which can have a big impact on other aquaculture productions, on wild fish stocks, and even on human health.

Aquaculture plays an important role in the social sphere at a global level with the livelihoods of more than 20 million people around the world depending directly on aquaculture. Nonetheless, various debates have taken place regarding the quality of employment provided by aquaculture and its distribution in terms of gender with only 19% of women employed in the primary aquaculture sector, mostly in aquaculture postharvest processes and added value.

How to produce has also been a matter of debate. The use of ingredients from reduction fisheries presents an imbalance with respect to the quantity of fish obtained from fishing and used to feed carnivorous aquaculture species (fish in) and the amount of fish produced (fish out). Therefore, the contribution that these species have to food security are highly debatable, especially since they are mostly species of high commercial value (such as salmon, tuna, or marine shrimp), which are difficult to access for the most marginalized.

Also, in some cases, meat quality may be compromised due to poor diet or improper production processes, which can be significant since fish consumption represents one sixth of the animal protein consumed in the world and up to 50% in some countries.

As stated above, sustainability is based on the concept of intergenerational justice, on the right of future generations to have at least the same resources and opportunities currently available to generate wealth and well-being. For this reason, it is essential not to lose sight of all the aspects that make up the system, seeking a balance that allows prolonged production over time.

Infrastructure can significantly define the impact of production. The system in which the organisms are maintained, technology used to generate energy, management of effluents and waste, materials used for construction, among others, define the environmental impact of operations. For example, during shrimp larval production, it is essential to keep the water temperature close to 30 °C; in many cases, it is achieved by heating sea water using combustion boilers, but in some laboratories other more environmentally friendly methods are already used, such as geothermal energy. The method used for this effect determines the GHG emission, which is key in the development of climate change.

As a response to reduce the use of water, a method known as recirculation aquaculture systems (or RAS) was created. This method allows reusing culture water indefinitely, as long as an adequate treatment is provided, only recovering that which is lost through evaporation. In this way, the contamination of the natural environment can be contained, eliminating the discharge of nitrogenous waste, medicines, chemicals and other treatments that can have a negative impact on the ecosystem.

In both cases the technology used to produce energy are key, since that determines the bulk of the GHG emission of the industry (particularly for the RAS, since it is more energy intensive).

In the case of aquaculture, this capacity depends on management, law, environmental conditions, infrastructure, and scientific knowledge. Improper production management can lead to severe environmental degradation with loss of important ecosystems and can even put human health at risk. Moreover, the search for maximising financial benefits can lead to an irresponsible administration where -in addition to environmental deterioration- unfair salaries for workers exist.

Apart from technological developments, a legal framework that regulates aquaculture activity is necessary to avoid negative impacts of the industry, establishing the bases or limits that should not be crossed in terms of the production impact. In this sense, environmental regulation has improved significantly, mainly in developed countries such as Norway or Scotland.

Apart from production itself, there is still a long way to go in terms of the regulation of supply chains. Recent studies have shown that a connection exists between companies with sustainable labels and food producers that use products obtained from unsustainable fishing, which is significant because one of the most important negative impacts of aquaculture is the excessive consumption of fishmeal and fish oils to feed the organisms produced.

Today, sustainability is an end goal hardly possible to achieve. But we must not lose hope. The development of new technologies, increase of scientific knowledge, governance, awareness of humanity, and long-term investments are some of the tools necessary to promote an increasingly sustainable aquaculture.

With this in place, aquaculture production can be increased, provide employment and food quality to the world population, minimise negative environmental impacts, and promote economic growth.

Finally, we must always keep in mind that the continuous improvement in the production practices today helps the humanity to buy time for said technologies, knowledge and awareness to be developed, getting sustainable aquaculture closer and closer.