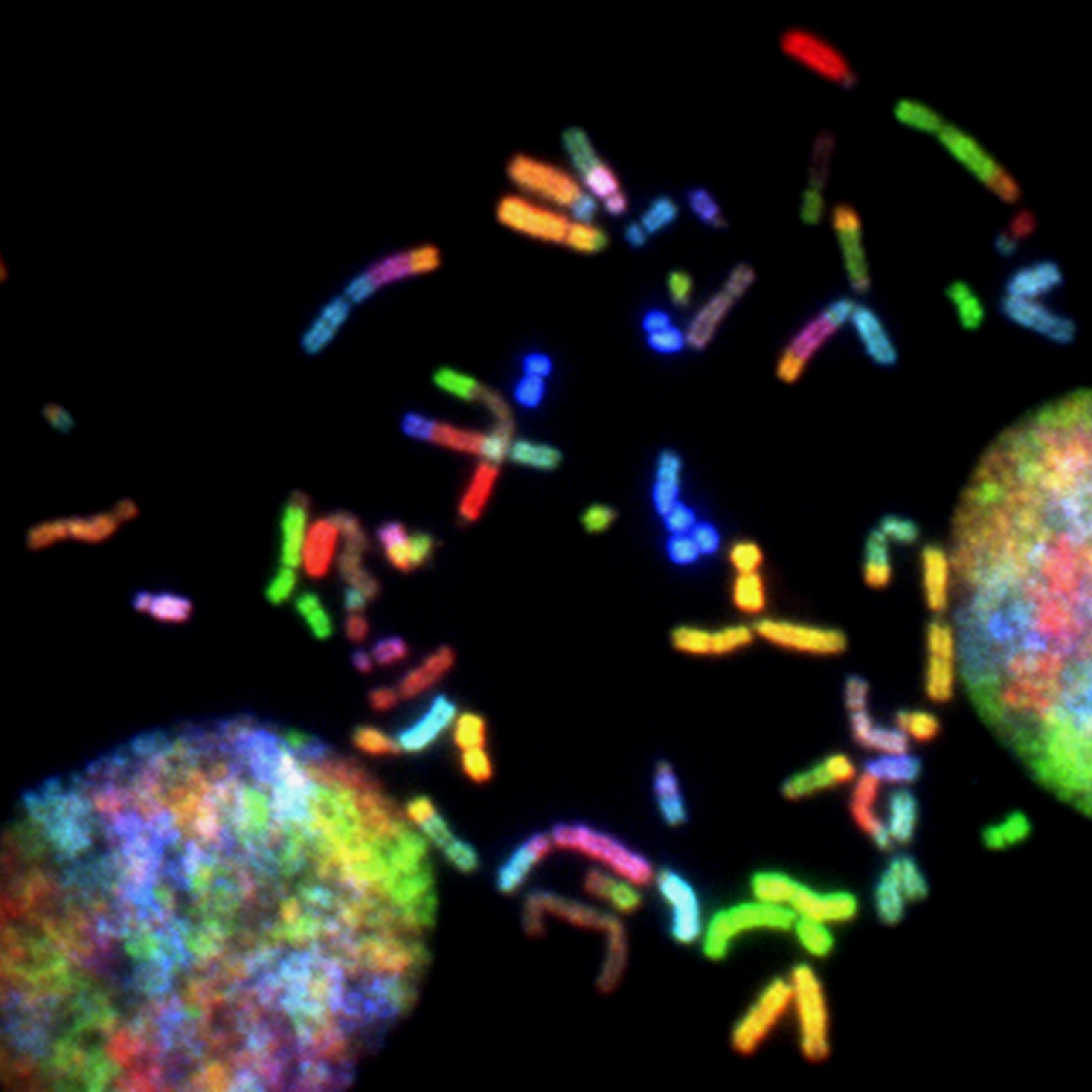 One of the main bottlenecks in aquaculture is the development of reproduction in captivity; this was the case with shrimp back in the 1960s. Once the reproduction was achieved, the next difficulty was to establish a constant and sufficient amount of larvae to stop depending on the natural stock (because of uncertainty, biosecurity, and environmental damage). This was gradually achieved by installing and promoting the creation of new hatchery laboratories.

During these decades, the main research objectives were to maximize the breeders’ quantity and quality of eggs. The principal focus was made on broodstock nutrition, with significant advances in understanding the biological process of maturation and fertilization. The lipid and protein profiles that maximize the quality and quantity of oocytes and the quality and performance of sperm were detailed and understood. Furthermore, the procurement of cost-effective sources of said profiles was accomplished.

Secondly, one of the oldest genetic techniques known to humanity started to take place. Breeders began looking for individuals that could grow at a higher rate, reduce the FCR, or increase productivity in a similar manner; hence the process of genetic selection (or selective breeding) started, along with the creation of the first genetic lines.

In the decade of the ’90s and the ’00s, the emergence of severe diseases hardly impacted the shrimp aquaculture industry by affecting both the fattening process and the production of seed. This led to a severe restriction in the selection of breeders, which needed to be certified as pathogen-free in order to secure the health of the seed provided. Furthermore, these events led to the creation of genetic lines that had a higher resistance to diseases.

Despite the positive effects of genetic selection, the speed at which the desired genetic traits are inherited is low compared to the observed growth of the industry. Therefore, scientists and industry leaders looked into newer and more sophisticated techniques to improve shrimp productivity.

Along the following lines, we will review some of the most significant advances in genetic biotechnologies and techniques used in shrimp aquaculture to improve productivity while searching for holistic solutions, incorporating the environment and other aspects of shrimp aquaculture production.

For biodiversity conservation and aquaculture, population genetics strives to learn about allelic variety, genetic diversity, inbreeding, and interactions between wild and cultivated populations. Research in this group is important, i.e., to maintain a sustainable genetic pool and to avoid genetic pollution derived from farm escapes.

The majority of population genetics studies compare genetic diversity between wild and cultured populations and offer useful advice for aquaculture and breeding of the species in question. For example, the process of artificial selection looking for disease resistance and growth usually tends to reduce genetic variability. The use of population genetics allows to keep this aspect under control and avoid the loss of important genetic traits and inbreed (shrimp have a particularly high inbreeding depression when they are stressed).

The main tools used in this area of research are the analysis of mitochondrial DNA, the use of microsatellites, restriction-site association DNA sequencing (RAD-seq.), and genotyping by sequencing (GBS), is this last one of the most promising due to its cost and time efficiency.

Population genetics is expected to play an essential role in aquaculture and in collecting new understanding about genetic differences seen in cultivated and wild populations of interest species. Furthermore, its application and follow-up are critical to the development of genetic lines and the successful development of hatcheries.

In contrast to discretely identifiable phenotypes and gene-products (such as the presence or absence of a particular biochemical), quantitative genetics deals with phenotypes that change over time (such as weight, length, or FCR). This area of research is particularly interesting in animal breeding, including shrimp.

The use of genome editing to create new traits is one of the most exciting advances in genetics and breeding. Something to keep an eye on while implementing these technologies is the public perception of them (for example, the possible rejection of GMOs). Correct implementation could lead to shorter production cycles, highly resistant strains, better FCRs, and, overall, a more sustainable and more productive industry.

Genome editing will undoubtedly have a significant impact on aquaculture breeding programs as well. There are currently few genes in aquaculture species that are known to play a role in phenotyping. Furthermore, the majority of economically significant genes are quantitative in nature and are influenced by a variety of genes, environmental factors, and interactions. Through technologies such as quantitative trait locus (QTL) mapping, genome-wide association studies (GWAS), and positional cloning, more of these causal genes can be located in aquaculture species in the future, allowing the genes to be tweaked to improve the associated qualities.

Another interesting branch of research associated with genetics and breeding is genetics bioeconomics. In this area, each gene is associated with an economic value depending on its performance and the market’s importance to each trait. This way, it is possible to provide economic values to the genome and evaluate the profits associated with promoting specific expressions. Furthermore, this allows assessing the profitability of a genetic plan by adding the hereditability of a trait along with its value to estimate the time in which the program will be successful and, finally, to select the genes that will optimize the economic performance of the hatchery.

These technologies and techniques have been applied successfully in salmon aquaculture, leading to the development of location-specific genetic lines, that is, lines that perform better in specific environments and boost their phenotypic expression.

In shrimp, female organisms tend to achieve larger sizes and quicker growth rates than their male counterparts. Therefore, producers prefer to produce females. In this regard, research has been focused on gene silencing for those genes involved in sex differentiation. For this, it is essential to determine the potential sex-determining genes and their locus.

In some prawn productions, a technique has already been applied to promote the production of all-female offspring. According to said research, all-female cultures outperformed all metrics, including survival rate, yield per hectare, and body size uniformity, resulting in more marketable animals from a given pond.

In most shrimp production, this is still a new technology in the research state, but its implementation in hatcheries is imminent and could give shrimp aquaculture a significant boost in terms of productivity and management.

Hologenomics is the study of the genome of a system. That includes the whole ecological niche of said system. In the case of shrimp, the genome of shrimp would be studied along with the microbial biota in the gut and in the pond (bacterias, fungi, microalgae, macroalgae, zooplankton, viruses, etc.). The genetic entity composed by the host’s plus the microbiome’s genome is known as holobiont.

It has been proven that specific genes and their expression are linked with the presence/absence of other ecosystem components (the holobiont epigenetics, its transcriptome, as well as gut metagenome and metatranscriptome). Furthermore, the metaproteome (that is, the set of proteins expressed by the holobiont) and the metametabolome (that is, the complete set of metabolites produced by the holobiont) need to be studied and understood to better use this technology to improve shrimp productivity.

A simple application of this has been used in the production of Tiger shrimp in Australia, where the study of hologenomics of diverse ponds differentiates high yield ponds from low productivity ones depending on the presence/absence of some genes related to specific microbial biota in the shrimp’s gut. These applications can help to better characterize and detect stressors and to improve productivity forecasts.

Despite the numerous technical words, the main objective of these set of technologies is to include both the shrimp and the microbiota in the analysis of desired genetic traits in ponds and, particularly, in gut microbiota, both in fattening phases and in hatcheries.

The mechanism underpinning epigenetic control of essential features in shrimp is poorly understood. Future studies could concentrate on figuring out how the DNA, environment, and gut microbiomes interact to influence gene and phenotype expression. Nonetheless, its application is very promising in aquaculture, especially in systems that are able to control environmental features like temperature and water quality.

As we’ve discussed in the paragraphs above, new research and improved techniques have made genetic technologies affordable and appliable in shrimp hatcheries. This area of research is booming, with new ideas and applications surging each year. Market perspective, commercial applications, and cost-effective use of said technologies are the main points that need to be carefully taken into account to implement them in commercial aquaculture.