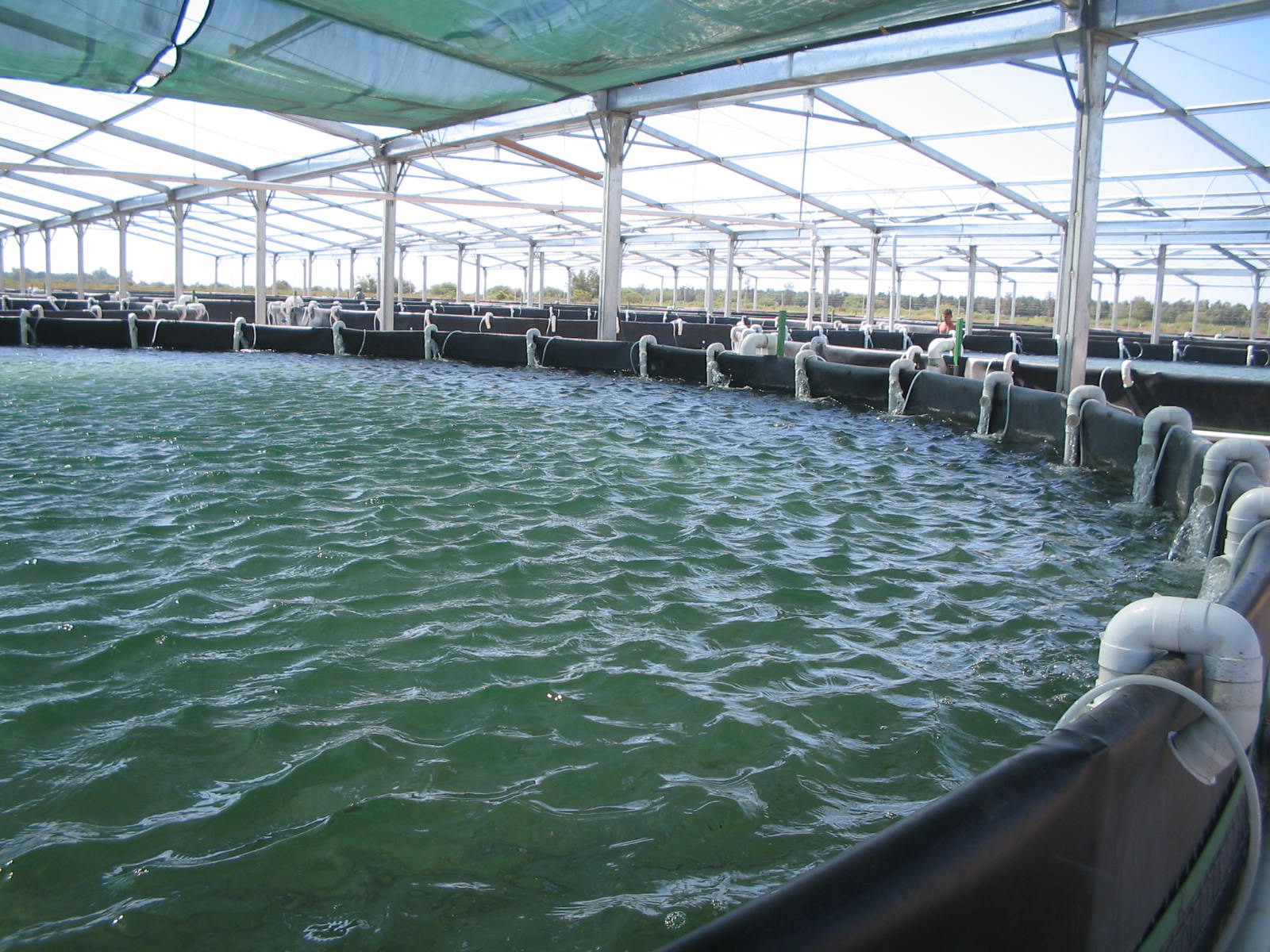 As we now know, the worst environmental impacts derived from shrimp aquaculture come mainly from the inappropriate use of land (i.e., the depletion of mangrove forests), the eutrophication of soils as a result of using several chemicals to improve production and the impacts on biodiversity resulting from the use of antibiotics and the expulsion of effluents with high concentrations of nitrogen and phosphorous.

Another thing to keep in mind is the hydric footprint. Although most shrimp farming is performed in marine environments, there are some cases in which freshwater might be used, either as it is or salinated artificially. Also, water discharges can impact the composition of the aquifer mantle, impacting the access to evermore scarce freshwater, especially in coastal communities.

Furthermore, the production in open areas has been pointed out as a pollutant of the sights and as an invader of the recreational rights of the land for other users, impacting other important industries like tourism. This is particularly true in areas where the government concessions the land since all participants of that society have the right to use said land. This is bound to happen in coastal areas, where production uses marine water for production and discharges its effluents back to the ocean.

The best solution developed to tackle these problems was the creation of a water recirculation system that allowed to produce inland, where there was no severe impact on society and caring for environmental deterioration. For this, effluents were minimized by treating and recycling the culture water.

What is RAS and how do they work?

RAS is the acronym for Recirculating Aquaculture System, which, as its name says, is based upon the principle of reusing the culture water by recirculating it. Although the principle is very simple, its implementation needs a little more sophistication. The animals in the system and the management methods cause water deterioration like an increase of organic matter (from uneaten food, dead organisms, etc.), a reduction in the availability of dissolved oxygen, an increase in dissolved CO2, and an increased risk of pathogen presence. To face these problems, RAS relies on water treatment so that negative components can be extracted and clean water can be recirculated into the system.

A typical RAS has several water treatment components. First, water needs to be mechanically filtered to eliminate the larger elements of suspended matter (either organic or inorganic). For this, the first step is usually a settler that eliminates large fractions like dead organisms, cuticles, or leaves. The second filtration is for smaller fractions of the suspended solids components and is usually done by sand filtration, cartridge filtration, or similar.

After suspended solids treatment, the water needs to be cleaned of other potentially toxic dissolved components, like ammonia and CO2. To eliminate ammonia, the water is passed through a biofilter that follows the same principle exposed in our previous installment, where nitrifying and denitrifying bacteria use ammonia as a source of energy in one of their metabolic routes, transforming it into harmless nitrogen.

Furthermore, as a result of shrimp respiration, oxygen is consumed, and CO2 is produced and expelled into the water. In high concentrations, CO2 can be toxic for shrimp, and it can also promote algal blooms, which could result in several problems for the pond, like reductions in oxygen availability and severe pH reductions. To control its accumulation in a RAS, farmers must promote the expulsion of CO2 from the culture water. The most common way to do this is through a packed column. A packed column in its simplest form is a tube filled with a large surface material that promotes the biggest possible contact area between the culture water and another fluid with high concentrations of oxygen. According to Henry’s law, the gasses will pass from the fluid with a higher concentration to the one with a lower concentration until reaching equilibrium. This way, CO2 from the culture water will dissolve in the fluid with high oxygen concentrations and will, in turn, increase the solubility of oxygen in the culture water. This process can be improved by playing with pressure, temperature, contact area, and the fluid selected to interact with the culture water.

Finally, high production densities can lead to higher pathogen transmission rates, increasing the speed at which shrimp get sick and augmenting the risk of having high mortalities. To avoid this, RAS users use techniques and filters to significantly reduce the possibility of having a pathogen in the culture water. This pathogen reduction can be achieved through physical or chemical methods; the most common ones are the use of UV light filters and ozone injectors. These techniques destroy the proteins that compose the wall of bacteria, killing them as they pass through the filter. Ozone works in a similar manner but through the oxidation of the pathogen’s structure, deactivating or killing them in the process. These methods are highly efficient and don’t have side effects on water quality, effluents, or sustainability, as opposed to treatment through antibiotics or formaldehyde to treat bacteria or some parasites.

Other elements can be added to a RAS system, like a protein skimmer designed to extract excess protein from water and reduce nitrate and ammonia concentrations.

RAS production requires a higher amount of instruments and equipment. This improves water quality and control but also increases initial investment amounts and energy consumption. Furthermore, it is important to understand why and how all the different RAS components function; this way, a farmer can attend to any water quality problem and will have a notion of how to improve its production. This usually means less personnel but highly qualified.

As mentioned in the beginning, RAS technology was developed to increase productivity per unit of area, reduce hydric footprint, and bring production closer to the target markets.

This solution significantly improves sustainability, but it has two issues. The first one is financial; the investment in infrastructure is much higher for a recirculating system than for an open one since the water treatment requires several pieces of equipment and higher variable costs. Luckily, the increased productivity achieved with RAS can result in a profitable venture, although more capital intensive. Even though capital intensity might increase capital risk, the increased control, management, and treatment possibilities reduce production risk, reducing the venture’s overall risk, and securing continuous and more standard harvests.

The second issue regards energy consumption. Water treatment in a RAS increases energy consumption, being necessary an increase between 30% and 70% to produce one kg of product. This is a delicate subject in terms of sustainability since it does not necessarily mean that it will have a poorer performance regarding the emission of greenhouse gases; it all depends on the energy source. Suppose most energy is obtained from fossil fuel combustion. In that case, the RAS system will have higher emissions than an open water production, which needs to be included in the sustainability considerations. On the other hand, if the energy is obtained from clean energy sources, such as solar, wind, or geothermal, then the impact of the system on the environment is severely reduced. Furthermore, as technology advances, so does the energy requirements of the equipment installed.

Today, there are impressive RAS productions that use other technological structures based on very low consuming water pumps and aeration through well-designed infrastructure; furthermore, energy use can be optimized by including automated management in feeding, oxygenating, and recirculation, and through the inclusion of AI models that optimize energy use.

Apart from the environmental impact, RAS has the possibility of producing enormous amounts of food per unit of area, which can positively impact food security, having a positive social impact. Nonetheless, due to the economic constraints, important RAS facilities focus on high-value species (like shrimp and salmon), which have a lower effect on global food security.

In terms of labor, the more sophisticated techniques make it necessary to have higher qualified personnel, but on top of that, a secondary industry is being developed to produce and improve technical aspects of production (from equipment to management, including web services, AI models, and other high-tech aspects), which means that there is an increased sophistication of the industry, leading to a higher demand of specialized personnel with significant improvement in income expectations.

From an economic perspective, RAS can influence food sovereignty since any country can produce whichever species they consider fit and in a relatively small portion of land. In the future, this can impact the import-export flows; this is especially true after the shock caused by the COVID-19 pandemic, which severely affected the world supply chain and made high consuming countries turn their heads to increase their own food production, especially for high-import countries like the US and Singapore.

Overall, this management system has all the significant components that a sustainable production method requires; it is good for the environment, has positive impacts on society, and is economically viable and positive. Even so, some aspects still need improvement, mainly its high energy consumption and the high investment costs, which discourage the small and medium-size farmers.