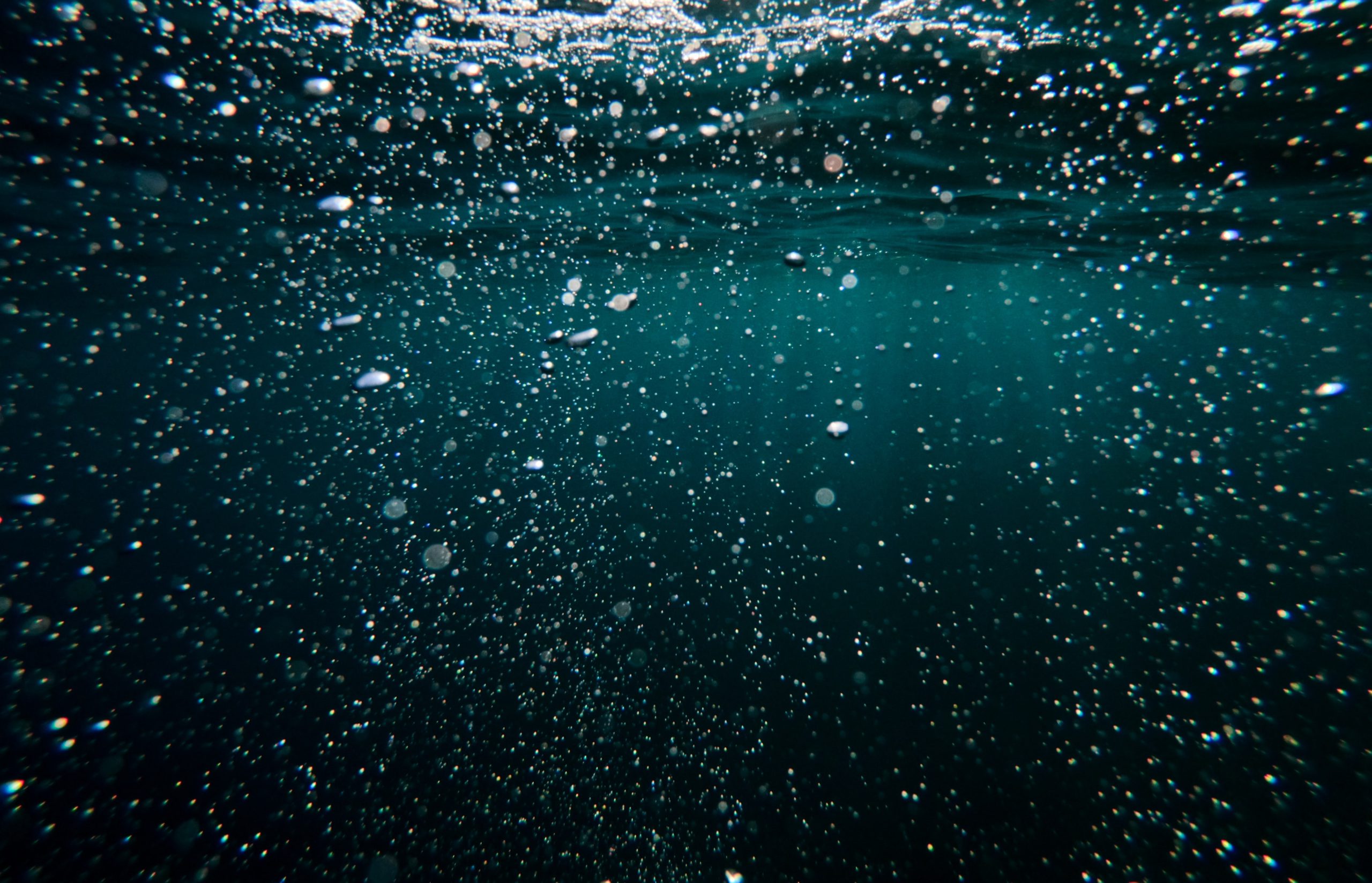 After the feed, energy is the highest variable cost in shrimp farming. Energy is used in different aspects of production, mainly in water pumping for filling the tanks and exchanging water and aeration. In the previous paper, we discussed the generals for selecting the best pumping system for your farm. This time, we’ll talk about the most significant component of energy consumption, oxygenation, or aeration. First, we need to understand how oxygen is dissolved in the water column.

Oxygen is one of the most important elements to guarantee animals’ survival and correct development. Oxygen is a critical element in the chemical reactions by which cells generate energy since it is essential and irreplaceable in most metabolic processes in higher organisms.

In aquaculture, the air-water interface is highly relevant. Dissolution of gases from the atmosphere in the environment and the consumption and emission of gases from the organisms in the ponds have a significant effect on crop survival and its correct development. In this sense, two concepts are fundamental to understanding these gases’ presence or absence in the aquatic environment. The first concept is dissolving gas in a liquid. This phenomenon was described by the English scientist William Henry. He stated that gas dissolution in water at a constant temperature is directly proportional to the partial pressure exerted by that gas. In other words, gas dissolution is given, mainly by pressure and temperature (also known as Herny’s Law).

The second fundamental concept to understand oxygenation in aquaculture is gas diffusion, which (in this case) is the speed at which a dissolved gas is distributed through the water column. This concept can be described using Fick’s laws, defined by the German physiologist Adolf Fick. He describes the motion of a solution with two different gradients through a system of differential equations. Although these equations are complex, they are based on a logical concept; namely, the diffusion of a solute (in this case, a gas) through a solvent (in this case, water) depends on the concentration gradient. In the case of gas diffusion in an aquaculture system, this difference in gradients occurs in the areas of contact between the gas and liquid phases. In other words, gas will go from the área of higher concentration to that of lower concentration. For example, if water is depleted of oxygen and contacts the atmosphere with high volumes of oxygen, this gas will pass from the air into the water. The higher the concentration of oxygen is in the air and the lower the concentration is in the water will determine the speed a which this transfer will occur. Apart from concentration, this exchange of oxygen depends on the time these interphases are in contact.

In the case of air injection, the speed with which the bubble travels the space from the injection to its exit into the atmosphere determines the contact time of the liquid-gas phases, determining the diffusion capacity of that system. In other words, the longer a bubble stays in the water, the more time it has to exchange gas, and the smaller the bubbles are, the bigger the area of contact of the interface, increasing the gas exchange. In conclusion, to improve the performance of our aeration system, we want small bubbles injected at great pressure, so they travel longer in the water column.

Oxygen and its relationship with biological performance

Unlike terrestrial animals, which take in gaseous oxygen mixed in the air, aquatic organisms depend on gaseous oxygen dissolved in water (DO) (it should not be confused with the oxygen that makes up the water molecule), which is captured through the respiration process performed in the gills.

While logically low oxygen availability results in high mortalities, the relationship between dissolved oxygen and growth is less obvious but just as important. An oxygen concentration above the lethal but below the optimal concentrations can result in a growth deficit. This result is due to the implication of this element on metabolism and nutrient absorption capacity and the energy generation used to grow and regenerate tissues. In addition, low oxygen concentrations have been proven to generate a hormonal response that reduces appetite, prioritizing its use to maintain vital signs. Furthermore, it has been observed that drastic changes in dissolved oxygen levels have had a superior deleterious effect than stable low oxygen availabilities.

The relationship between reproduction and low oxygen availability is similar to what is observed in growth. Faced with low oxygen concentrations, most aquatic animals reproduce little or not at all since the development of their sexual organs can be inhibited, preventing gamete production or significantly reducing their quality, thus, the ability of the offspring to survive. Embryos developing under hypoxic conditions can show hatching difficulties and phenotypic abnormalities in hatched organisms, resulting in their subsequent death.

So, now that we have presented the basics of oxygen dissolution on water and its importance let’s talk about how to best deliver oxygen in our system.

There are several different ways of increasing DO in our ponds; we can divide this into mixing, aeration, and oxygenation.

Mixing consists of moving the water column, so it has higher interaction with the atmosphere. This principle consists in moving the water depleted of oxygen in the bottom of the middle of the pond to the top of the pond, getting it in touch with the atmosphere, and favoring the dissolution of oxygen. Some examples of this are paddles, splash systems, cascade or waterfall systems, or any other mechanical way of disrupting the water column without the introduction of compressed air. One advantage of the mixing system is that it allows the elimination of unwanted gases (such as CO2) from the water column at the same time as it increases DO.

Aeration consists of introducing compressed air into the system. The idea is to promote the interaction of the air mix with the water column through the introduction of bubbles that interact with the pond’s water, increasing DO. This system is one of the most used and includes the use of blowers, aeration hoses, and venturi systems. As we discussed earlier, this system benefits when the bubbles injected are smaller and kept longer in the water column.

Oxygenation refers to the direct injection of O2 into the water. The delivery systems may vary, but usually, the water-oxygen mixing is done in an oxygenation cone that provides better pressure and temperature conditions to maximize the dissolution of oxygen. In this case, instead of introducing compressed air, compressed oxygen is used. For this, the farmer needs to buy liquid oxygen tanks or purification systems, achieving mixes that are composed almost by 100% of O2.

The big difference between these systems is the efficiency of oxygen distribution. When we aerate, we rely on the existing oxygen in the air-gas mix, roughly around 21%; on the other hand, when we oxygenate, we inject a mix of approximately 95% oxygen per kg injected. Therefore, oxygenating increases the DO availability significantly in the water column, allowing higher densities. Regarding introducing DO, mixing is the most inefficient system, raising the smallest amount of DO per hour, allowing for smaller densities.

So logically, we could think that all farmers should opt for oxygenation systems, right? Well, it’s not that simple; it depends a lot on the management of the farm. Is it doing intensive production, or is it extensive? Are they producing in large ponds or small tanks? How large is the investment needed, and is it justified? In the case of the systems presented, the higher the efficiency, the higher the price and the energy consumption, so these elements need to be accounted for when selecting the system that bests match your farm.