Large vs. small II, the effect of different panoramas on the final decision. 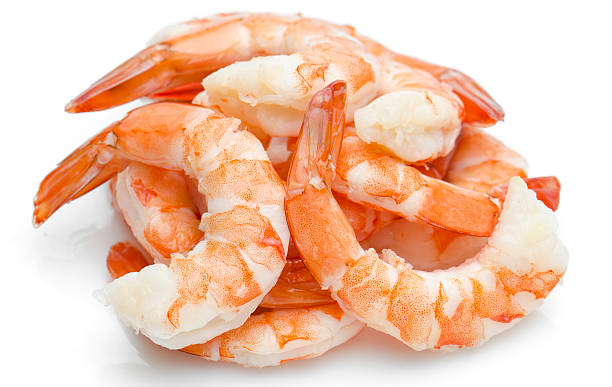 Following up with our last post, we will present two examples with similar conditions but with key changes in the two main aspects that will drive our decision: biology and economics.

First, let us describe our hypothetical farm. Let’s say we have a 100-hectare shrimp farm. The farm is divided into 50 2-hectare ponds. Since our farm’s energy source is not very reliable, we decide to produce in a semi-intensive system, with a density of 20 shrimp per m2, without aeration and using continuous water exchange of roughly 10% daily. The climate characteristics of our farm let us produce from March to November with a constant temperature.

Now that the economic bases have been established, let’s set the biological parameters. Remember that the first biological component of importance in determining the harvest size is growth, not only because o the speed or growth rate but also because of the input costs that can drive our production costs up very quickly. Growth and the feed conversion rate (FCR) are determined by several factors such as genetics, water quality parameters, and age; remember that the bigger the organism, the higher energy is needed to increase its weight. Furthermore, once shrimp achieve a certain weight, they can start their maturation process, shifting the use of energy from weight increase to gonad maturation.

With this in mind and considering the zone’s density, temperature, and other characteristics, let us assume that we have a growth curve as follows.

What we see here is a classic weight curve. During the first stages of growth, our shrimp will gain weight exponentially until they reach a moment when this curve starts to settle, and the organism gains weight very slowly or doesn’t gain at all despite the high volume of feed consumed. For our base scenario, let’s consider that the FCR is constant throughout the production cycle and equal to 1.6, although, as we discussed, this is generally not the reality. In reality, FCR will be somewhat stable during the first weeks of production, but as we approach the end of the growth curve, the FCR starts increasing exponentially.

The other biological aspect to consider is survival. In general, shrimp follow a negative exponential function when it comes to survival, as opposed to what happens with growth; the more time we have the shrimp in our ponds, the slower the mortality becomes, being more severe during the first weeks of production.

With the biological information provided, we can now proceed to estimate the biomass in our ponds during the aforementioned period.

Now let’s see what happens if FCR increases over the production cycle following an exponential growth so that during the first 12 weeks, it stays at 1.3, but starting from week 13, it starts to increase by 0.2 each week. The only values that will change in this scenario are feed costs, leading to a total feed consumption of 1,461 tons and a cost of 1,484,912 USD with an average FCR of 1.45 for the full cycle.

Now, we observe that by increasing only 2 grams, we can aim for the highest market value; that is, an increase of less than 5% in biomass will equal a 21% increase in price, so we decide to go for it.

According to our growth model, to achieve our 48 grams, we need to keep the organisms in the ponds for 21 weeks, achieving a harvest equal to 594 tons, meaning a revenue of 11,137,5000 USD. This will mean a total of 1,680,000 USD in fixed costs, including labor, an average FCR of 1.66, leading to a total feed consumption of 1,574 tons of feed, equal to 1,668,803 USD in feed. Vitamins and other additives will add up to 672,000 USD; energy will signify a cost of 378,000 USD, the harvest will cost 29,700 USD, and processing will cost 1,128,600, leading to a total cost of 5,557,103 USD meaning profits of 5,580,397 USD before taxes. Even though it is indeed higher than what we got for 46-gram shrimp, we invested three more weeks in producing them, so we have to account for the profits we could have gotten from investing our earnings in another option during those three weeks, plus the risk of keeping the shrimp in their ponds, but overall we could assume the results are similar.

Now, what happens if we want to produce two times per year? We would need to aim for smaller shrimp. If we assume that we need at least a month to get the ponds ready for a second cycle, that means we can use only three months to produce, or eleven weeks. This way, we can prepare the ponds to have another three months (or eleven weeks) of production during the same year. According to our growth model, we can get 23-gram shrimp during those three months, with a market price of 8.33 USD per kg.

Now let’s change some of the most impactful parameters in our decision. Let’s say the market starts to prefer the consumption of smaller shrimp, so prices per size get significantly less impactful, as the new table shows.

If we include some risk factors in our functions, we would see that, under these circumstances, two 23-gram shrimp cycles would reduce the risk with a similar profit to one 48-gram shrimp cycle since the probability of increased mortality and changes in the market are reduced when production times are shortened.

As you can see, the decision to grow large or small shrimp should not be taken lightly. Furthermore, it shouldn’t be set in stone. When possible, the best strategy is to read the market as the production unfolds, making the decision to harvest dynamic instead of static; this means selecting the size that optimizes profits at different points in time and not only aiming for large shrimp due to their increased price. Finally, there is one more point to account for, which was overlooked in this article, and that is the exponential increase in FCR for larger shrimp and the effect of production density on growth. One classic strategy farmers take is to opt for an initial stage with high densities, harvesting a portion of the pond quickly, getting small shrimp, and then keeping the rest of the organisms in the pond to increase their size, repeating this strategy until a final harvest is reached. This way, we can reduce risk, increase cash flow, target different markets with different prices, and optimize the available production period.