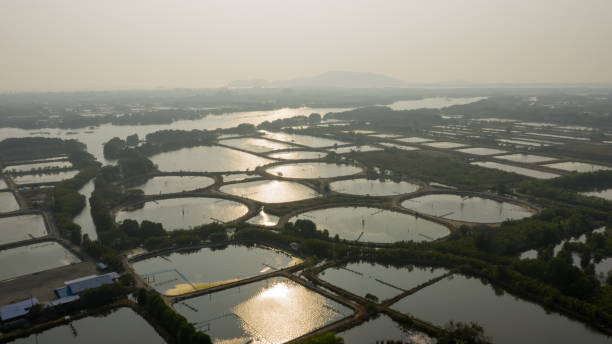 Over the last few years, crustacean aquaculture has been gaining much attention, with an emphasis on the production of shrimp and prawns.

Aquaculture keeps growing worldwide, although the speed of that growth has been slowing down, with the latest numbers placing it around 4% annual average growth from 2016 to 2018, according to the FAO. Despite this slow-down, crustaceans have kept an incredible 18% growth for that same period, being its most produced species the white-leg shrimp (Litopenaeus vannamei), which experimented a 17% growth for the period (2016-2018) and an 8% increase in the period 2020-2021 despite the COVID-19 worldwide pandemic.

This amazing growth has several explanations. The species is well known, and there is a lot of information on how to produce it; there is a large industry dedicated to this species, making the inputs (feed, seed, infrastructure, materials, chemicals, laboratories, consultants, etc.) available and cheaper for producers; its management is more accessible than some of its aquaculture counterparts; production cycles are short, increasing cash flow and reducing risk; a farm can be profitable even in minor scales; the demand for the product is huge and is not expected to decrease soon since it has an enormous acceptance in the world market; it’s a high-value species, with prices ranging between 3 and 7 USD per kg.

Shrimps and prawns are one of the most attractive aquaculture groups of species, and as we have seen in the production growth numbers, a lot of farmers have dabbled in their production, with its associated impacts (both good and bad), being one of the most significant the severe impact on the environment observed during the first decades of aquaculture growth, including mangrove depletion, abandonment of farms and deterioration or erosion of land, making it useless for further productions.

As a result of environmental impacts on coastal areas and increased interest in the species, the development of freshwater aquaculture has drawn much attention. Freshwater aquaculture has its advantages; production can be made inland in spaces away from the coastline, meaning cheaper land without the need for Recirculating Aquaculture Systems, this can significantly reduce the initial investment needed to operate the farm. Furthermore, freshwater infrastructure and equipment suffer slower deterioration than marine water, meaning higher product lifespan, translated into smaller depreciation and maintenance costs. Furthermore, there is a lot of infrastructure destined for low-value freshwater species that can be repurposed for high-value species without a severe investment.

With all that in mind (and understanding that low-value species are also crucial in aquaculture and in the world to achieve food safety), we’ll discuss two different approaches towards the production of shrimp and prawns in freshwater aquaculture, we’ll cover some of their pros and cons, and in the following article, we’ll do some economic exercises to see which of the presented options fits better in different circumstances.

As we said, there are two approaches that we can follow for this freshwater production strategy. The first one corresponds to the production of naturally freshwater species, mainly freshwater prawns, being the most commercially available species the ones that correspond to the Macrobrachium genera; in particular, the species Macrobrachium rosenbergii and M. nipponense, which are very interesting for production because of their easy management, high growth rate, large final size, and technological advances, which include the closure of the captivity reproduction and fattening processes. Furthermore, these species are well known and produced in several countries, mainly in Asia and the Americas, achieving high market values and accounting for 5% of all crustaceans aquaculture. Also, being naturally freshwater species, their performance is optimal at low salinities, growing fast and responding well to pathogens and infections.

On the downside, this group of species has not achieved an industrial production similar to what we see in marine shrimp, so the availability of inputs can be small and costly depending on location; furthermore, demand for this product, although existent, is small compared to that of marine shrimp, making commercialization a possible obstacle. As for environmental impact, Macrobrachium rosenbergii is native to the Indo-Pacific area, and its introduction in other regions can result in biological pollution, introducing exotic species that could displace native species.

The second strategy for freshwater production is using a marine shrimp freshwater acclimated genetic strain. In this case, the only species with enough advances in this area is Litopenaeus vannamei or white-leg shrimp. Let us remember that white-leg shrimp, although marine, is a euryhaline species with a very high tolerance for low salinity environments; in nature, the sexually mature shrimp seek brackish waters to breed.

On the good side of this strategy, L. vannamei is a very established species, with a lot of commercialization channels, several brands and kinds of inputs (like feed, seed, chemicals, and drugs), a lot of various services and research behind the optimization of the production of this species. All these elements make this species a lower investment risk, making it easier to attract capital and obtain better loans.

On the downside, this species underperforms in freshwater compared to its production on marine water. If the seed used is not specific for freshwater, the probability of mortality or infection increases since the immune system of marine shrimp is depressed when exposed over long periods to freshwater. Furthermore, growth is also reduced since the organisms need to use their energy to maintain ionic balance and fight pathogens under non-optimal circumstances. If specific freshwater acclimated genetic strains are used to produce, these elements represent a lower risk, and the species perform better, although not as good as they do in the marine environment.

So we now know the pros and cons of the two different strategies; the best option will depend on your geographic location, water availability, investment capital available, infrastructure, and access to the specialized markets.